A Meeting For Ethiopian Students 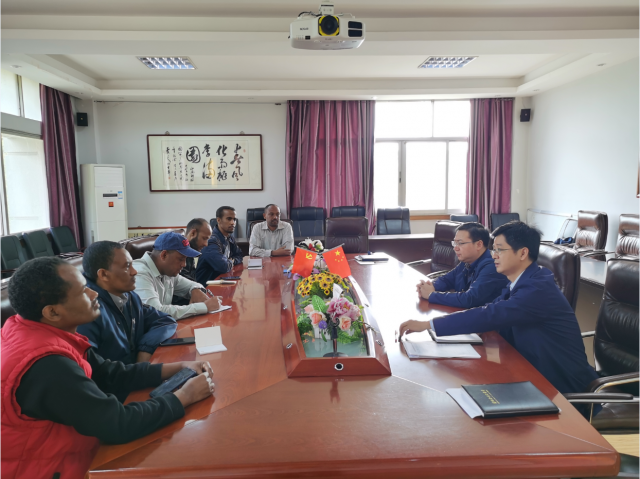 ​As armed conflicts have aggravated, telephone and internet connections have been disrupted in some northern states of Ethiopia. Considering that there are some Ethiopian students studying in the School of International Trade and Economics, school leaders organized a meeting with them to learn the latest situation, ease their concerns and try to be of some help.

Prof. Wu Zhaoyang, dean of the School of International Trade and Economics, conveyed concerns and sympathies from JUFE. He stated that Ethiopia, as a pearl of Africa, stands along the Belt and Road Initiative and enjoys friendly relations with China and the school as manifested by its sound educational exchange and cooperation with the Ethiopian government, enterprises and local universities. In view of the severe situation in Ethiopia, he encouraged everyone present to support each other during this period of conflict and wished an early end to the chaos. Huang Xianming, deputy dean of the School of International Trade and Economics, hoped that while closely following the situation in Ethiopia, the international students would also pay close attention to their studies. Meanwhile, the school stands ready to help with any problems that may arise.

Setegne Eshetie Alemu thanked the school and JUFE for their care and said that he feels at home at JUFE despite the uneasy situation in his hometown and the disrupted connection with his family and friends. Wossene Legesse Shewagilu reassured JUFE by expressing that all international students at JUFE would work together as one to see themselves through difficulties.

The School of International Trade and Economics has hosted altogether 7 Ethiopian students attending the master’s program of MOFCOM. At present, one student has returned to Ethiopia, and the remaining 6 lead a normal life at JUFE.