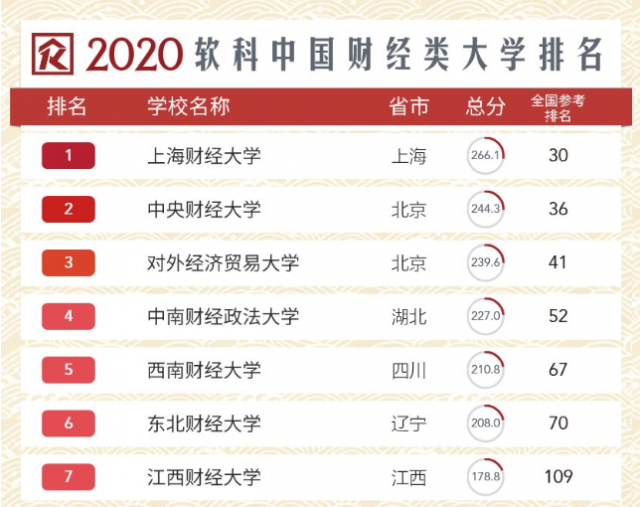 On May 15, the Shanghai Ranking's Best Chinese Universities 2020 was released. JUFE, as a university specializing in finance and economics, ranked 7th among 51 universities of the same type and 109th among all institutions in China. In addition, JUFE’s College of Modern Economics and Management was ranked 62nd among independent colleges nationwide and 1st in Jiangxi Province.

Since its inception in 2015, Shanghai Ranking’s Best Chinese Universities has gained wide attention and recognition from the media and the public. It is now credited as one of the most influential and credible ranking brands in China for its professionalism, objectivity and transparency.