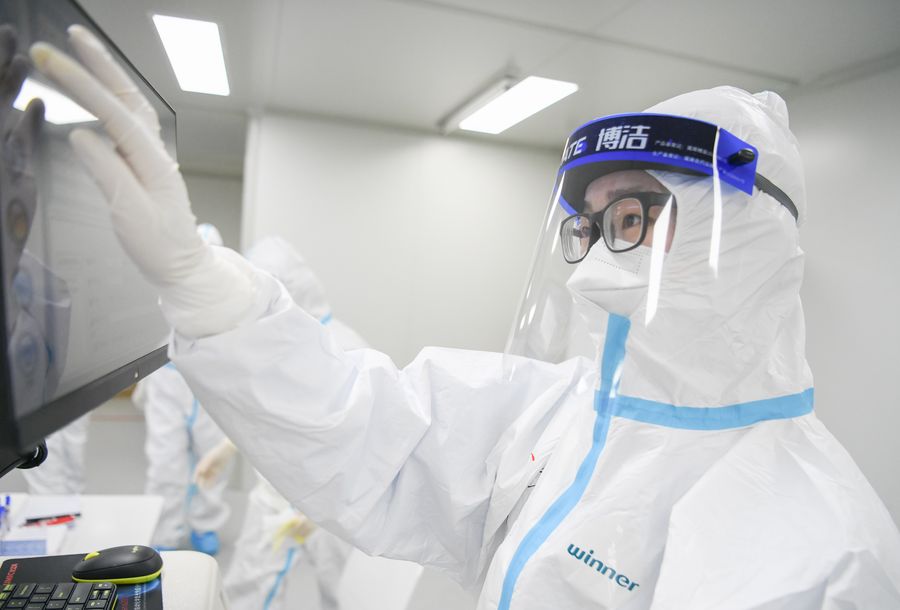 BEIJING, March 12 (Xinhua) -- Amid the COVID-19 outbreak, certain U.S. politician's practice of shifting blame to China is immoral and irresponsible, and will not help prevent and control the epidemic in the United States, Foreign Ministry spokesperson Geng Shuang said Thursday.

We urge the U.S. official to respect facts and the common understanding of the international community, Geng told a press briefing. Every minute wasted on smearing and complaining would be better spent on enhancing domestic response and international cooperation.

Geng said the U.S. official accused China of covering up the disease, but the world knows better that China released information in an open and transparent manner.

China identified the pathogen within a record short period of time and shared the genetic sequence of the virus with the World Health Organization (WHO) and other countries including the U.S. Not long ago, China hosted a WHO mission including U.S. experts for a nine-day visit, after which they highly commended China's transparency, he said.

Here we do not comment on whether the U.S. response is open and transparent, but obviously, someone in the U.S. still turns a deaf ear to international appraisal on China, Geng said.

This official blamed China for costing extra time for the U.S. and the larger international community to respond. Well, the world has acknowledged China's signature speed, scale and efficiency. It is China's forceful measures and Chinese people's huge sacrifice that stemmed the outward spread of COVID-19, thus buying valuable time for the world to respond, he said.

According to WHO's recent statement, countries like Singapore and the ROK took necessary measures and put the epidemic under control because they made full use of this precious time China bought for the world.

As for whether the U.S. availed itself of this window to enhance preparedness, we do not comment, but I believe the fact is witnessed by all in America and across the globe, Geng said.

Faced with the pandemic, the guiding consensus for all countries is to join hands and overcome difficulties together. Pointing the finger at others is certainly not constructive, nor will it get any backing, he said.