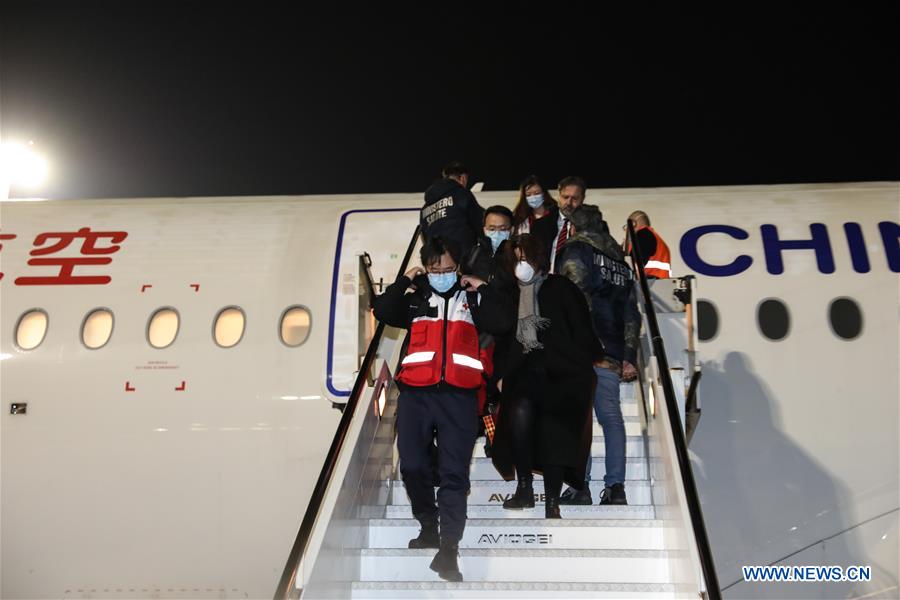 The Airbus A-350 wide body airliner, from China Eastern, landed around 22:30 local time at the cargo zone of the airport, greeted by a crowd of local experts from the Italian Red Cross, officials of the Italian Foreign Ministry and delegates from the Chinese Embassy to Italy.

The team was organized by the National Health Commission and the Red Cross Society of China. It is the third expert team sent abroad by Chinese authorities following previous teams sent to Iran and Iraq.

The expert corps departed Shanghai earlier Thursday, and all the team members and flight crew had passed health checks before boarding the plane, according to the Shanghai Municipal Health Commission.

They took with them more than 700 pieces of equipment and goods including ventilators, monitors and defibrillators. We bring here 30 sets of ICU equipment, one of the team members wearing a mask told media after getting off the plane.

Cargo blocks wrapped with water proofed material were seen being unloaded from the aircraft. The equipment were selected according to the requirements of the Italian side and were proven to be useful during clinical practices in China, according to Ruijin Hospital of the School of Medicine at Shanghai Jiaotong University, which prepared the equipment.

Italian Foreign Minister Luigi Di Maio appeared on Facebook expressing his thankfulness. Tonight Italy is not alone. Many people in the world are supporting us, he said, while his computer showed live broadcast of the scene at the airport.

Another lesson comes from China, during these days in which Italy is facing great difficulties: solidarity, with messages, aids, medical equipment, and doctors, wrote Beppe Grillo, former leader of Five Star Movement, in his blog late on Thursday.

As one of our proverbs says: a friend's love is forever, he is born to be friend in misfortune, he added.

Francesco Rocca, Chairman of Italian Red Cross, said he appreciated the Chinese experts who, after their arduous work in the front line for over a month, chose to move ahead by flying all the way to Italy to offer help.

Tonight, (we had) the umpteenth proof thanks to the Chinese Red Cross that has arrived with a team of experts, and aids, his organization posted on twitter.

Chinese Ambassador Li Junhua noted that the Chinese support was an example that indicated the vision of a community with a shared future for mankind. The team members are heroes in harm's way, said Li.

The Chinese experts and equipment arrived two days after the number of confirmed COVID-19 cases in Italy topped 10,000.

Hardest hit by the ongoing COVID-19 pandemic in Europe, Italy has toughened its measures to contain the spread of the coronavirus, and the whole country has been under quarantine for three days.

Quite a lot of Italian doctors and medical experts want to come and show their gratitude to their Chinese colleagues, but not everyone could be allowed to go out of the town at this special moment, said a source from the Italian Red Cross. 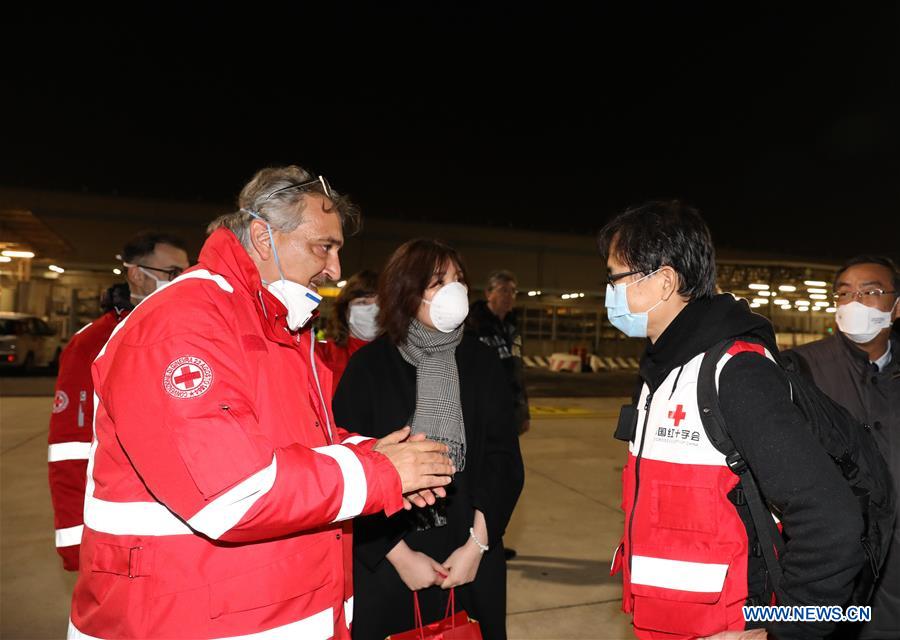